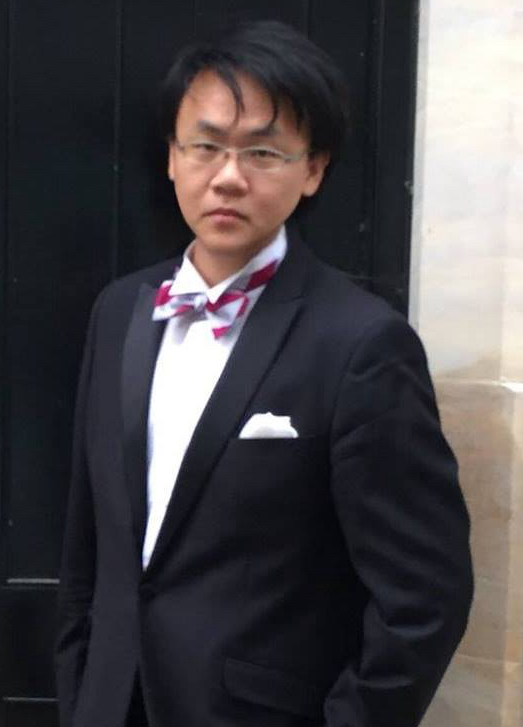 Dr Kuan-Jen Chen (陳 冠任/チン カンニン/진관임) is a historian specialising in the Cold War history, modern East Asian history, maritime history, and US foreign policy. He holds a PhD in History from the University of Cambridge. Currently, he is ADI-NIAS Research Fellow in the University of Copenhagen. Dr Chen’s academic articles have appeared in Cold War History, The Journal of American-East Asian Relations, Cold War International History Studies(冷戰國際史研究), Bulletin of Academia Historica(國史館館刊), and Being Nearby—Discussions on Modern China—(近きに在りて). He is an author of Inception, Progress and Breakthrough: The History of the Fishing Rights of the Republic of China, 1912-1982 (萌動、遞嬗與突破：中華民國漁權發展史,1912-1982). Dr Chen was also invited to give several talks in China, Japan, Taiwan, the US, the UK, and the Netherlands.

Dr Chen was born in Taipei, Taiwan. Prior to Cambridge, he obtained a BA and MA in History at National Chengchi University in Taiwan. Thereafter, he served as a corporal (Military Police) at Chung Shan Institute of Science and Technology to fulfill his compulsory military service between 2011 and 2012. After his military service, Chen taught history in junior high schools in 2013. In 2014, he began to pursue his PhD at the University of Cambridge and to work with Professor Andrew Preston. Chen’s dissertation titled “US Maritime Policy in Cold War East Asia, 1945-1979” shifts the historical platform from land to sea to examine the making of a new maritime order in Cold War East Asia. Along with his training in Europe, an extended research sojourn in Japan also helped foster his transnational approach for more extensive research. In 2016, Dr Chen was selected as a Japan Foundation Fellow to carry out archival research for his dissertation in the University of Tokyo. His research was also financially supported by the Chiang Ching-Kuo Foundation, Cambridge University, and European Research Council. In 2019, Dr Chen joined the Faculty of Asian and Middle Eastern Studies to carry out his postdoctoral research. Dr Chen taught Cold War history and modern East Asian/Chinese history for undergraduate and graduate students at Cambridge. In 2021, he relocated to Denmark to take his second academic appointment as a Research Fellow of Department of Political Science at the University of Copenhagen. He is currently completing his book titled The Making of America’s Maritime Order in Cold War East Asia: Sovereignty, Local Interests, and International Security. Based on his first book published in Chinese, where he analysed the historical development of fishing rights in modern East Asia, his current manuscript deepens scholarship on the US-East Asia relationship with an international perspective. In this book, Dr Chen challenges conventional narratives of Cold War East Asia that disproportionately focus on land as a structural imperative in grand strategic thinking. He argues that sovereignty, local interests, and America’s international security concerns not only defined the restless arena of maritime East Asia, but also revealed the Janus-faced nature of US hegemony in Cold War East Asia. In addition to his book project, Dr Chen is carrying out two projects: “The Most Distant Partnership: Britain, ANZUS, and the Pacific Security, 1949-1954,” and “Strange Bedfellows: Chiang Kai-shek and his Imaginary Anti-Communism Alliance, 1949-1960.”